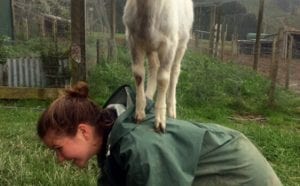 Did you know that the ancestors of the whale actually were wolfed? Or that Hummingbirds are the only birds that can fly backwards and their wings can beat at up to 80 times per second?

Animal Science, in general, is the study of animals in their behaviour, biology and anatomy. It includes the study and the research of the evolution of animal species and the history of existing as well as of extinct species – as for example where was a specific species origin and how this species was able to spread across the globe and what influenced animals to develop into subspecies or completely different species.

But animal science is not only focusing on the past and research of animals. Animal science also considers the health, nutrition, reproduction processes and physiology, lactation, behaviour and well being of animals.